This 2018 World Cup has had a number of countries post some surprising results against the traditional soccer-powerhouse countries. That trend, combined with our increasing obsessions with (and availability of) data got me thinking about mining some interesting storylines. (If I get some time, I will build out my soccer models and publish some info in the future). In this process, I began to get interested in storylines such as Iceland having a smaller population (~330,000 people) than the number of registered soccer players in Argentina. That was mind blowing to think about as they fought hard and tied Argentina in the group rounds. Additionally, 4 of the world’s top 5 most populated countries didn’t even qualify for the World Cup in 2018!As I was going down this rabbit hole and researching different countries, I began to get interested in geographical proximities of the qualifiers along with their land mass and population densities. And I came across multiple facts about Greenland that I thought I would share. I found it fascinating that I knew so little about Greenland, so I thought you might find it interesting too! 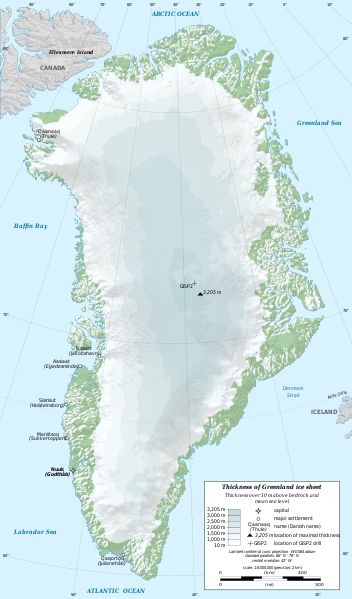 Considering the population and GDP (~$2B) — less than half the GDP of my small town of Morgantown, WV — Greenland seems to be reaching for the stars when it comes to soccer with some help from Denmark. And after seeing Iceland’s fantastic showing this year, who can blame them! Anything is possible in sports!